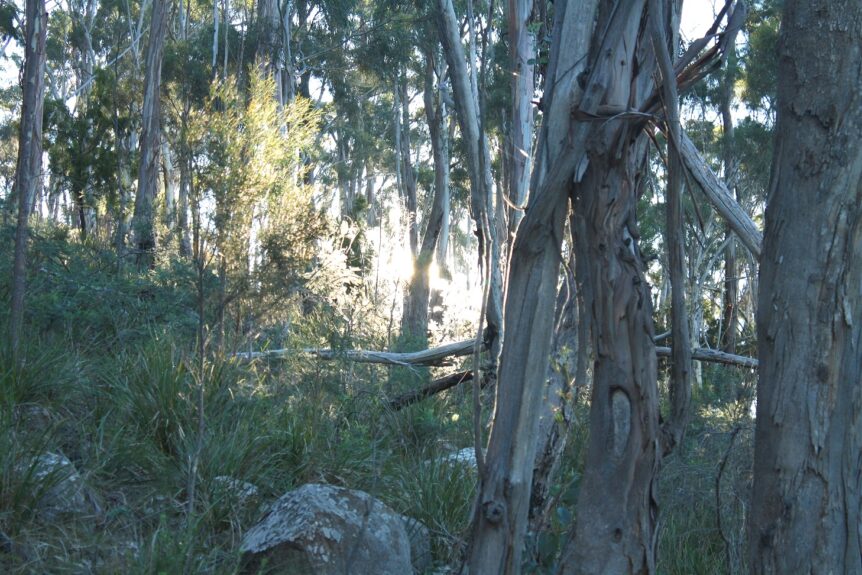 The first activity of the month was in the area below the Bandicoot Corridor, that was cleared by  Rodney and Greg a few years ago. There was some small gorse and thistles to remove.  It is good to see how the land is recovering on its own once the old-growth gorse has been removed.

The second Thursday was spent hand-pulling seedling Euryops from the uphill slope above the Weerona Trail, towards Mt. Stuart. Sunday was cancelled due to bad weather.

Just to remind people: If it rains one hour before an activity begins i.e. at 8am for Thursdays and 1pm for Sundays, then the activity is cancelled. Knocklofty Reserve is too rugged and slippery when wet, and the dabbers don’t work in the rain. I would suggest that people look out of the window, and if the day looks awful, use their own initiative and STAY AT HOME. Bushcare is supposed to be: ‘not too hard/pleasant’,  not an ordeal people have to endure at all cost.